So now not recently, but long. It can withstand so much, needs more sleep, has constantly little niggles. You know that.

Today something big happened but. Today, I received the news that a classmate (more precisely, he was in a really) passed away. That has thrown me only once pretty off course. I knew it actually is not so good, we had only a few points of contact during school and after school I got nothing more heard of him. Nevertheless it makes itself happens me affected, because if one only just a moment imagines, this would be one, you would suddenly no longer there. Terrible describes this feeling only moderately.

As I said, I unfortunately don't know enough of him, if he had family or not. The fact is, he had parents and my deep sympathy is safe to them. No child should die before his parents. That is simply unfair and wrong. It is clear to me that this change can be. But as I think about it now.

The death of Frank, makes me concerned and once again very clearly shows the finitude of our being me. One more reason that life to enjoy, as it can at the moment. It could be more quickly over, as one suspects.

And as you can see the post here, words fail me still a little. Maybe I'm better to sort and to write down sometime in the location of my thoughts.

I'll create a category of "Mourning" in any case, in which I summarize these events. Even if the occasion is anything as beautiful, he gives a further direction, which was not even considered until now but my blog. Death is just life, and my blog here told from my now even death will include. I would have liked, that would be later, but that it has now no influence. 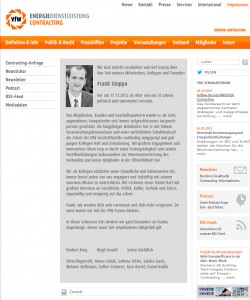