Yes, we are as many of you know, Yes just "drawn" in the Rhineland, but we have recorded yet slightly the carnivalesc custom. Not in as militant expression like some real Rhinelander, but at least a little. So that our children really experience with the custom from the beginning, we were now for the third time at the Carnival parade in Büttgen. Is relatively small and "child-friendly", that is called the Kamelle is down kicked not simply from the car, but the people off the train also come to the edge and give kids the candy directly in the hand. The draw length for children is also quite ok, although we had this year the feeling, that we are already almost slightly longer for Timo.

Well let's see, maybe we go next year with him to Neuss. The move is there still isn't as big as in Dusseldorf, but lasts already significantly longer (I think about 2 hours). Because pictures say more than 1000 words here are some impressions, (and my thanks to my wife, who again has cobbled together our costumes ;-)): 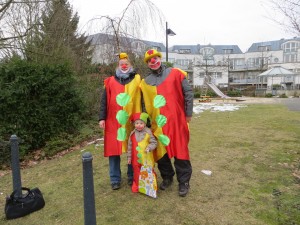 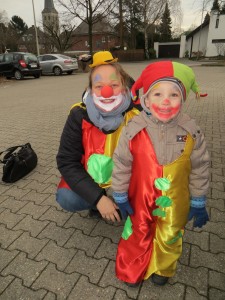 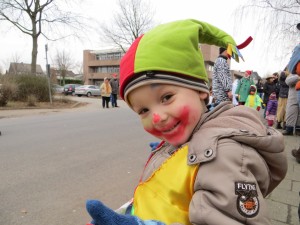 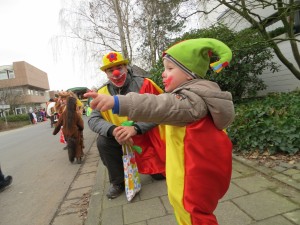 It was striking in any case how much conscious Timo has this time received with Carnival. You just realize that he again has some leaps behind him. Especially, we note that now issues that he is. It is incredible how much can ask as a kid. And I'm sure that we are still at the beginning. There's definitely more.
What upset me but always fairly, is the fact that Timo asks questions, which I am sure 100% that he knows the answer. Or the situations in which he, while I answer the question, the next word snaps up, he must question. There is one almost by a salvo of MG questions "shot" and you have the feeling that this little guy soft wants to flush a just the brain, in which he simply again and again same question is without response to the answer. My hardest exam is currently there to lose not mastery. And Yes, the prisoners of war in Viet Nam under you, know, like that be hard can 😉
Anyway, striking is that these questions usually in the car is done and although I try to answer every question as child-friendly and understandable.

What's really cute is when Timo says: "Papa/Mama tell me that!". Then he stops to get banned and asks usually also not more so annoying monotonous questions behind (what me strengthened my conviction, that the issues otherwise really "soft cooking" should us :-)).

All in all we are with Timo development but very satisfied, the move to the new KiTa prima worked (he goes there rather than in the old facility, although we also never had problems). But you can already see that the device is rather set up on children under 3 and the toys sometimes quite "unchallenged Timo". But it is only until August and then he goes in the "big" kindergarten. 🙂