After a long pause here in the blog, will I me today image rich back. In early August this year have friends gave me confidence and hired me as a photographer for the "selected" wedding photos. Since I had photographed much longer anymore, I took the job, (eventually you marry not every day) on but with a little nervousness. At the shoot itself, I had fun but again properly. We have made then but not too long because it was just too warm. After all, about 30 degrees, and that in a suit with heavy photographic equipment on the back or in the tuxedo and wedding dress. One suspects already, we were as motivated for Locationwechsel 🙂

But, it came together but still some good pictures. And I must tell you, it was made pretty easy me as a photographer, with the outfit and the posing of the two (as they would have made thousands of shoots in her life).

For this reason I me thoughts made at home again, as I can the two amazing. Right, after the shooting is only a photo montage… And I will describe them here a little:

I had the following image: 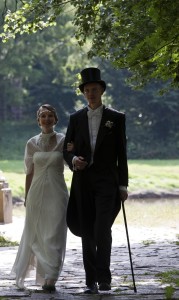 Now, the idea was to rotate the image itself on 'old', and to Exchange then the background. I had done a photo course on VHS years ago. During the time we went with the course Director to Zons, where he then lined the streets moved as Heinrich Heine. I had my second source image: 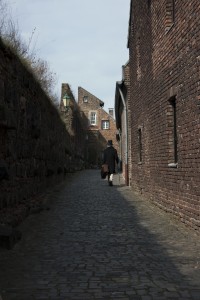 After the mirroring of the image and after inserting of the wedding couple the whole looked different then: 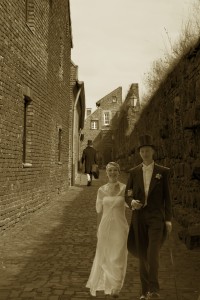 However, it was still clearly to see that the lighting conditions at all do not agree. The two stand in the shadows and "shine" Nevertheless cheerfully to himself. 😉
Once again turned to the controls and some light "taken away": 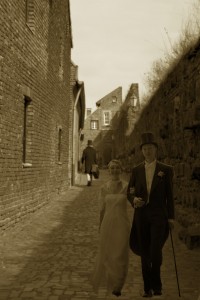 I had the exposure and the decreasing sharpness in the background, as far as the handle. However, I found the sepia colouring then bit too fierce, and took them all the way out. In addition, the size of the wedding couple in comparison to the man in the background has not agreed at all. I've then adjusted everything yet. A vignetting trappings and small "errors" in the image so that it has a "old". The end result looked like this: 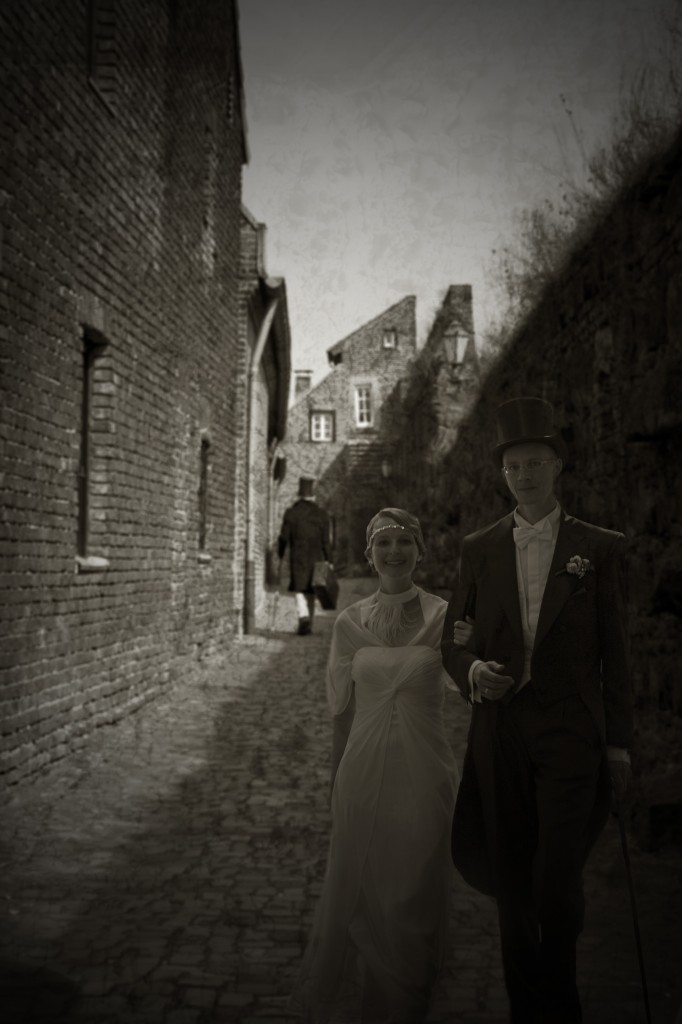 In some places may still not be perfect, but as I said, I'm a little "Rusty", what comes to the editing with Photoshop. 🙂

Was fun but it definitely!

At this point again and all the best to the wedding couple. And if your really still "trash the dress" are you going to, says me know, there would I be 😉 with the camera