… to focus on the good things. Especially if so extremely missing sleep. I was now counted by my internal supervisory body that I fairly negative his write dad but lately about that. And in fact, when the read old blog article I found myself at that time really funny. Somehow, even the writing style had something funny.

Well, Yes, to even anticipate one: Yes also by far not everything is bad. So I enjoy the rides to the Kita with Mika (because there is no really rhymes,), when he faced down gurgling. And if you can do a little Mikanesisch, you can see also the words which he thinks. OK, sometimes is really hard to understand him. As you think about 10 km long, that he always "Anna" says (because there is an Anna in his group), and then it turns out however, that our Sunshine has noted, that there was something in the car biscuits and he actually said: "Still AB" (really Halberstadt stop slang, but I really don't know where he should have produced) 🙂
Anyway it reminds me fully on the car rides with Timo, as he has learned to speak and I catch myself totally often that noticed how quickly you forget something like that. By the feeling, I would say that Timo was then further, but I think the two are manufactured very close by the development, as regards the dates.

We have also now – and then to fight with Timo, but rather involves things such as television watching in borders to keep (which I believe he really looks little, if one compares that time with other children), or clothes that are enough not cool (this on a boy and old age, I'm excited , when I think on where this will lead towards). : D
Basically you but realize how "big" but already he is. This one forgets once too often that he is really only 4 1/2. But in any case, he idolizes his brother. And so, that we often must stop him, because he is just too rough. I'm sorry then one, if you must scold him, even though he was looking for only the close to his little brother. But when he pulls on Mika's arms and shakes that you think: "OK, that it was with the elbow joint", then you must be just as parents on the brake.

With Timo play tricks is always more fun. He has internalized this pretty well how to that. Best victim in the family then of course is the MOM because that outraged 🙂 always so beautiful
And the nice thing is when Mika with can look at this, one needs explain really only once the prank because he already learned watching directly for the first time and "saves". Wicked the human brain at this age 😉

I'm not more often to take pictures, but I am trying if I have images to shoot then also "reasonable". Here I Timo said he should look even as evil as he can: 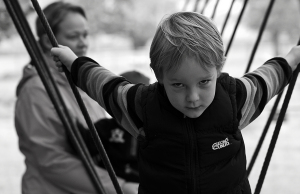 Has he at first glance very fine on it. If you look very carefully but, then you can see that he tries with all his strength to suppress a smile, and that wants to succeed in only moderately 😀

The great thing about kids, Yes, is having really good photo models around them (if you made them for the first time clear on which side of the camera you expect): 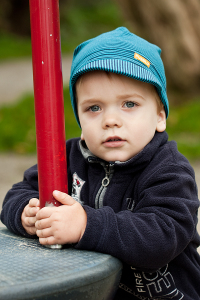 Mika's eyes I find pretty gross. I white not, how long the ink still remains, but I think I should make necessarily again a few macros of which (when because time so never actually holding still with eyes wide open,). Basically fills more Mika as second, sometimes it is beyond even the scope: 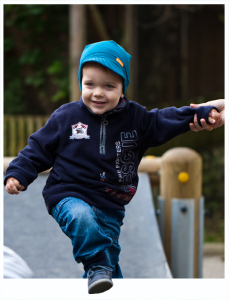